How Shelley and His Protagonist Potentate Became My Self-Fulfilling Prophecy

“My name is Ozymandias, King of Kings; look upon my works, ye mighty, and despair!”

You may recognize that as the pivotal line in Percy Shelley’s eponymous, Nineteenth Century Sonnet, Ozymandias. I’ve often thought about the poem and it’s meaning, hoping to get some modicum of knowledge from the words, maybe make my life, or my children’s lives just a smidge better. Click HERE or up there to see if there might be knowledge in it for you. It’s short and worthwhile. I’ll wait.

The thing is this; I imagined that if I gained the knowledge offered up by Shelley, I could avoid the outcome, dodge his dire prediction. Here’s what I mean. When I was doing the Logistics Shuffle, the daily, twelve hour frying pan to which I referred in my first blog-post (this being my second post) in my previous life of not so long ago, I truly thought I was all that. I was the Ozymandias of my niche, irreplaceable, indispensable, unassailable. I was the Undisputed Potentate of Shippin’ Freight! Look upon my works, ye mighty, and despair! They’d have to pry my cold, dead fingers off my pallet jack. Then, as I described HERE , I walked politely away, took up my Nikon, and set off into the fire. Like the advice that every talking head gives every Ozymandias, in sport, in art, in Logistics, everywhere, “Go out on top.’ I was still all that. Oh. Yeah. Show me where to sign up for this photography biz; I’m ready to take it by storm. Look Upon My Works!!!

One month later, just thirty days, I was Shelley’s proverbial vast and trunkless legs of stone. I’m being overly dramatic; it’s true. I’m not entirely trunkless. The surgeons only had to remove fourteen inches of trunk-stuff. I’ll back up and explain that. 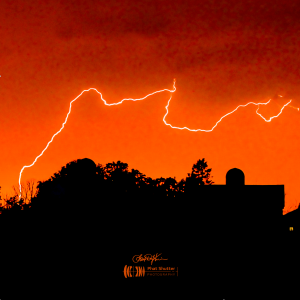 The day I walked away from Logistics I walked into a gym. I’d always been pretty fit, so I thought, but I had never been athletic, or worked out, or anything like that. Let’s not even think about the 365,000 cigarettes I smoked before I quit. I didn’t want to go to seed.

I joined a CrossFit class (shout-out to CrossFit Adept!) and started training right away. The first month is called On-Ramp and it’s to stop fools like me from jumping right into the fire and injuring themselves. A month later and I had finished On-Ramp, feeling like a million bucks.

The very next day disaster struck, like a bolt of lightning, and laid me low. I got some abdominal cramps that escalated quickly, and within four days I was hospitalized with Diverticulitis. It was so bad (because I didn’t act sooner) that my intestines were perforated and had shut down completely. I only knew of Diverticulitis from the parody about it on SNL. Who knew it could be so serious! Let this be a warning to all. Diverticulitis is a very serious illness that causes about 200,000 hospitalizations and more than a few deaths each year. Thank goodness I had opted to continue my health insurance coverage, through the COBRA program, and everything was covered. My surgeons at the University of Wisconsin Hospital in Madison were the cream of the crop, experienced and skillful. Sutures were sown and prayers answered. Nurses and staff alike endeavored to make my protracted stay in that infernal, procrustean bed tolerable, and were largely successful.

In my Ozymandias analogy, this was the low ebb that Shelley tried, vainly, to forestall. One never knows whence the blow comes but it’ll come. When I thought I was at the top of my game I found myself broken and toppled, as if Karma herself was teaching me lessons in humility.

The Lone and Level Sands

Fast forward about six months, the details of which you need not know, and your’s truly, while admittedly minus about fourteen inches of large intestine, feels no worse for the wear. I’ve regained the twenty pounds of weight that I lost. I picked-up right where I had left-off at CrossFit and my trajectory for health and profitability seems downright positive.

Maybe I learned something after all, somewhere along the line, that Shelley was trying to pass upstream. The lone and level sands need not be the epitaph sifting around some colossal wreck. I’m guessing old Ozymandias didn’t gain the humility of getting put on his ass by an illness; I don’t know. Maybe he lacked the strength of family and prayer to remind him of the things that are more important than his works. I only know that I’m back in the saddle, camera in hand, recording the things I see. I want you to look upon my works but not in despair. I see things. I want you to see them, too.